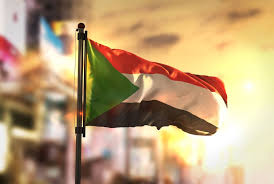 People of Sudan #BlueforSudan: Stop the Crimes against Humanity

An online news agency has published a hundred names of people who have been killed in the uprising in Sudan since the beginning of this month.

Using a militia known as the Rapid Support Forces (RSF), the military regime has unleashed a crackdown on peaceful protesters whose only call has so far been a quick return to civilian rule. The RSF is said to have been reconstituted from the infamous death squads that terrorised the Darfur region, back in the early 2000s.

From the published data, the eldest of the killed is a 60-year-old woman whilst the youngest is a 6-year-old boy. The average age of those slain is 26.

Amidst regime-imposed black-outs on media and communication, a few accounts of incidents that have come through have caused widespread international revulsion and condemnation at the bloody turn of events in that country.

The Jamiatul Ulama South Africa joins in the condemnation of the brutality and violence perpetrated against peaceful protesters by Sudan’s military regime and its agents.

There are sufficient grounds to believe that the actual figure of those killed, is much higher. Apart from those who sustained fatal gunshot wounds, horrific reports tell about protesters crushed under military personnel carriers and thrown from bridges. There have been reports of bodies recovered from the River Nile.

The enthusiasm that greeted the ouster of General Omar al Bashir, giving Sudan a chance at making an historic broad-based and inclusive government, has all but given way to distress, the possibility of an acute civil strife and a deepening humanitarian crisis.

After usurping powers from a popular revolution, the regime cannot legitimise itself through intransigence and tactics that seek to annihilate and suppress the will of the people of Sudan.

It is the responsibility of all regional powers and the international community to pressure the military regime to speed up a transition to civilian rule, with a clear warning that those ordering and carrying out massacres will be held accountable.

Those who are internationally meddling in the affairs of Sudan by backing a rapidly and increasingly repressive military regime, against the masses, should also know that that they do not stand for peace but are accomplices in high crimes against humanity.

We pray for the families of the young and old people, who have made the ultimate sacrifice, in their quest to make Sudan a better place for all. May the people of Sudan emerge soon from this crisis, stronger and united for peace and a just order. Aameen.