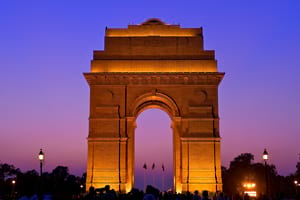 India’s defining feature in the face of striking ethnic, linguistic, and religious diversity was its ability to maintain its secular tradition. For several decades, India has been held together by its constitution, which promises equality to all. However the assertion of Hindutva as a national policy, seeks to divest India of its pluralistic and multi-ethnic culture, replacing it with an ideology that seeks to redefine Indian society in terms of Hindutva ideology. Hindutva (literally “Hindu-ness”) is a political ideology that advocates for Hindu supremacy and seeks to transform India, constitutionally a secular state, into an ethno-religious nation known as the Hindu nation. It is however important to note that Hindutva and Hinduism are distinct. Hindutva is a narrow political ideology whereas Hinduism is a broad-based religious tradition. Many Hindus oppose Hindutva ideology and it is offensive to conflate the two.

Islam is an integral part of India and its history. India is home to some two hundred million Muslims, making it one of the world’s largest Muslim communities. Notwithstanding the fact that Muslims are part of the indigenous populace of India, they continue to face systematic discrimination, prejudice, and violence, despite embedded constitutional protections. Most of the victims are Muslims, members of the country’s largest religious minority. They comprise about 15% of India’s 1.3 billion people. Other victims include lower-caste Hindus and Christians.

There is an active and widespread hate campaign against Muslims, criminalising their very being. Unprovoked attacks on Muslims by Hindu mobs have become routine in India. Yet, such a trend seems to evoke little condemnation from the government. In the recent past Muslims have been repeatedly told that their beef-consuming habits are anti-Hindu/anti-national, and that Muslim men engage in ‘love-jihad’ with Hindu girls. The recent arrest of Islamic scholar Maulana Kaleem Siddiqui on charges of ‘religious conversions’ displays palpable religious bias against Muslims. The Constitution of India under article 25 and 26 grants freedom to its citizens to practise and propagate their religion. The arrest on such spurious grounds is an assault on the founding principles and against the constitution of India.

The state sanctioned Hindutva ideology threatens to reduce the largest democracy in the world to a fascist state. The sustained and organised campaign by nationalist politicians aims to radicalise Hindus into believing that Muslims need to be marginalised if Hindus are to progress. The dehumanizing narrative against Muslims referring to them as “termites” eating away at India’s resources, denying Hindus what is due to them in their own land, is setting the stage for Muslim genocide, threatening the democratic future of a country long seen as a potential beacon of freedom in Asia and the world.